One Club, One Goal

In 2006 they made it to the PDL National semifinals in Loreto, Texas where they lost 3-2.

In 2008, The Westchester Flames brought back their youth program to provide an elite level of play as well as youth development. In 2009, the program extended to a year-round program for youth players looking for a competitive environment to challenge themselves at the next level.

The Flames youth program is not for everyone. It is for those that are committed and have the ambition, the desire, and the vision to always improve to reach the top.

The Flames feature teams from 14 to 19 years old to participate in the Super Y-League (SYL), the youth component of the USL.

In their first season, 1999, the team finished with a respectable 7-9 record, under former New York Cosmos superstar Vladislav "Bogie" Bogicevic. Home games were played at Manhattanville College in Purchase, NY.

In the 2000 season, under Anthony Roros, the team finished third in the nation, while playing in the Premier Development League. The Flames, who were champions of the Northeast Division, reached the "final four" by sweeping through their Eastern Conference rivals in Bradenton Florida before falling to the eventual champion, Chicago Sockers in Saginaw, Michigan. The team had an overall 15-3-0 record, scoring 47 goals while allowing only 20. Home games were played at Fordham University in the Bronx.

In the first year at their permanent new home in City Park Stadium, New Rochelle, the Flames rewarded their supporters with the 2001 PDL National Championship. Under General Manager and Head Coach Gus Skoufis, the Flames won the quarterfinals in Cocoa Florida and headed to the Final Four in Des Moines, IA. On consecutive days, the Flames beat the Sioux Falls Spitfire 5-1 in the semi-finals and the highly touted Calgary Storm 3-1 in the finals.

With the opportunity to move to the professional division in 2002, the Flames made the jump. Coach Skoufis and assistant Doug Choron had their hands full with the increased level of play in the league. The team ended with a 7-10-3 record and did not make it to the playoffs.

Not happy with the 2002 campaign, Coach Skoufis went out and put together a highly talented team for 2003 that ended up as the 2003 National Finalist. The play was extremely tight throughout the season within the Northern Division, and the Flames had to wait until the final game of the season to determine if they were in or out of the playoffs. Fortunately, they made it in, first knocking off the New Hampshire Phantoms through aggregate and then surpassing the New Jersey Stallions via penalty kicks to make it to the finals. At Wilmington, the Flames took the lead in the 37th minute on a brilliant goal by leading scorer Evaud Thompson. The lead held until the 76th minute. Both teams fought valiantly until the 1st minute of the 2nd overtime when Wilmington scored to win the title. All was not lost, as the Flames became the first team in USL history to win one championship, move to a higher division, and go to the final in the higher division.

In 2004, the Flames look to keep their winning traditions intact as several players from the 2001 Championship team have returned, as well as many returning from the Finalist team of 2003. 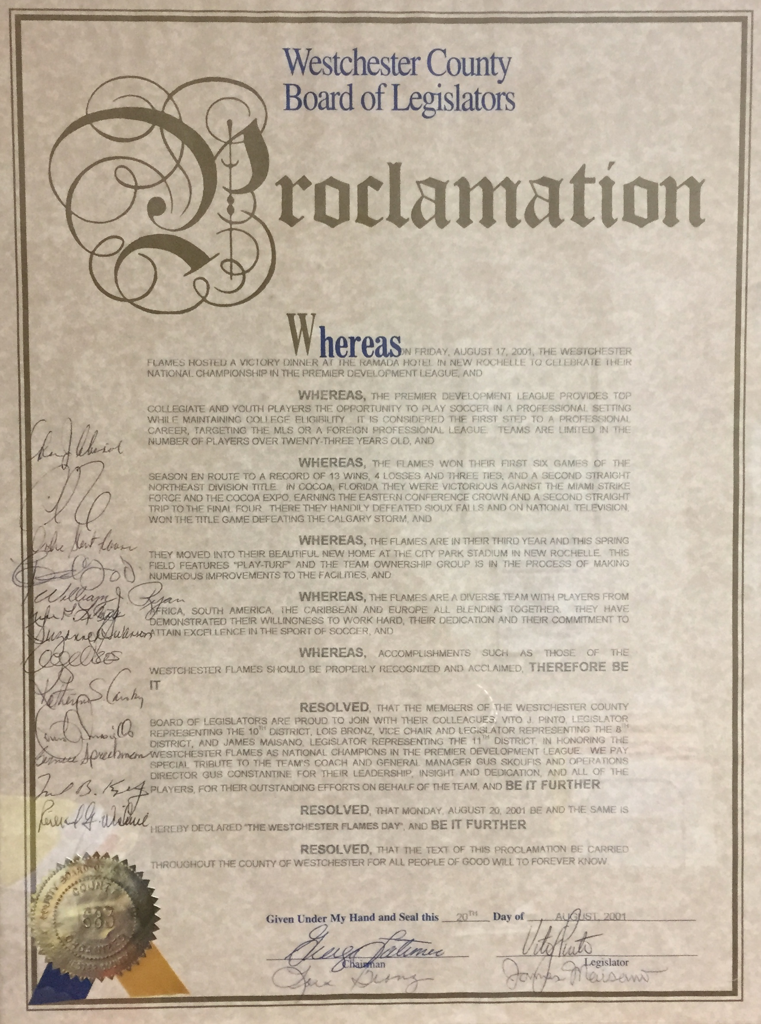 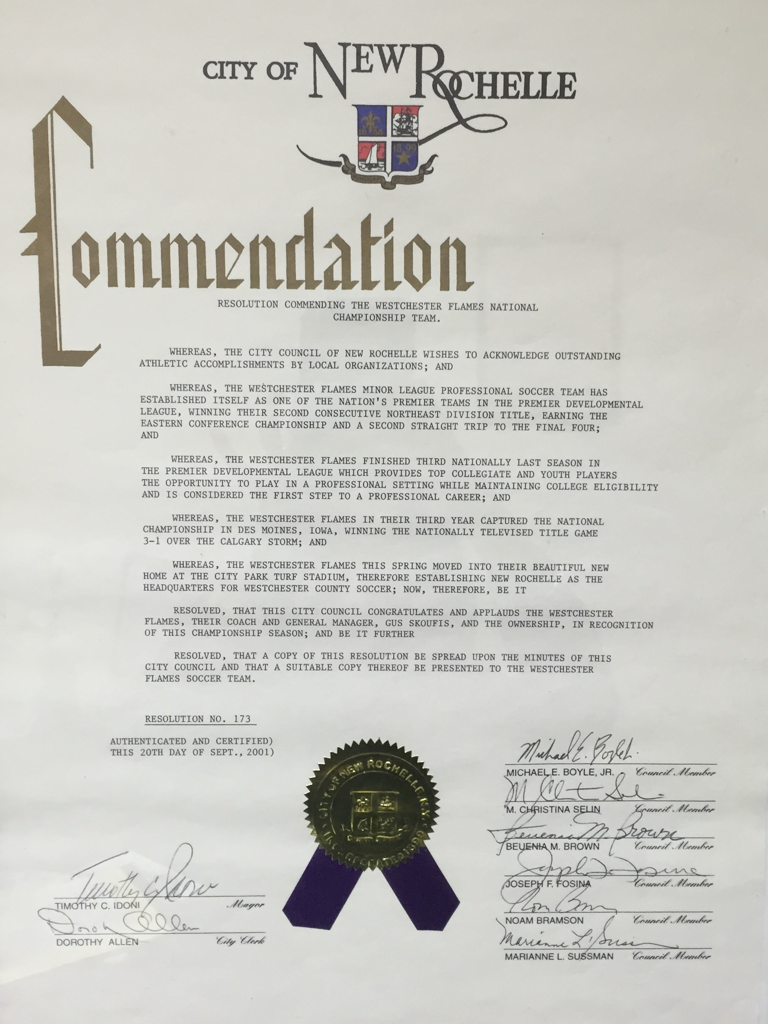