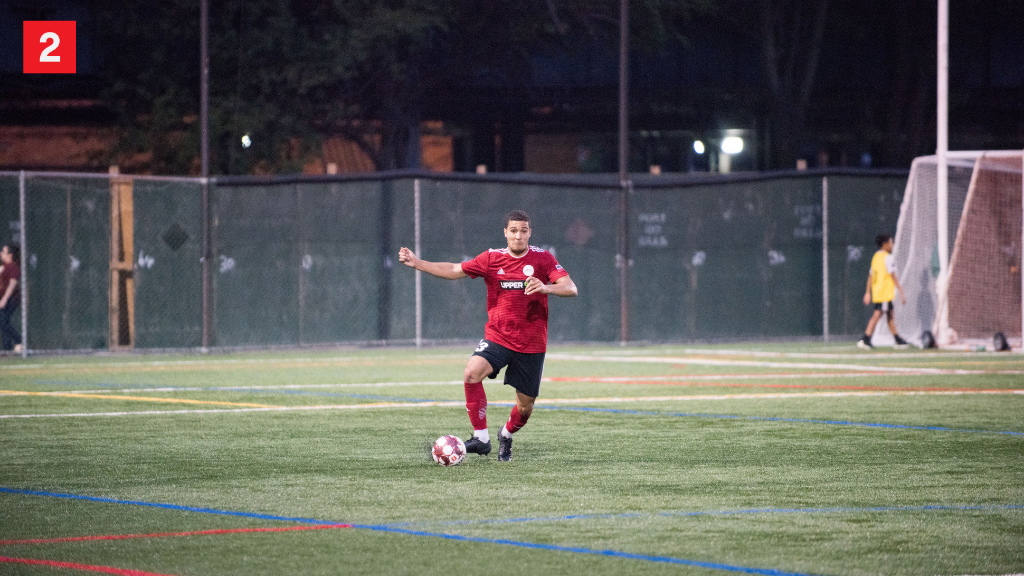 TAMPA, Fla. -  2021 MLS SuperDraft first-round selection Rio Hope-Gund has recently signed his first professional contract with Major League Soccer’s Orlando City SC after spending a single season with USL League Two’s Manhattan SC in 2019. Hope-Gund was Orlando’s second pick in the first-round (No. 19 overall) in the January draft and has been given a one-year contract with club option years for 2022, 2023 and 2024.

The 21 year-old native of New York City was a standout in his time with League Two playing with Manhattan SC in 2019, starting every game for the club. Hope-Gund was also an essential piece of Georgetown’s defense in his collegiate career as he started and appeared in 20 games for the Hoyas in 2019 and helped the team post 13 shutouts for the season. That same year, he also helped lead the Hoyas to a 2019 NCAA National Championship title.

“Manhattan SC, like all the other teams I played for, gave me an opportunity to play, stay sharp and stay in shape,” said Hope-Gund. “It gave me an opportunity to play with guys that I didn't usually play with or wouldn't usually get the chance to play with, which was great. The more people I played with, the more styles of play I came to understand, the better my communication skills grew and the better my overall soccer knowledge got. MSC gave me that and I will always be grateful to have played with USL League Two’s MSC summer team!”

“The MSC summer team player pool was full of guys that had the potential to pursue a professional career. This made training and games tough and fun and in a way semi-simulated what a professional training session or game could feel like. This definitely helped me in my own pursuit of a pro career.”

As Hope-Gund prepares to step out on the pitch as a pro for the first time in 2021, he becomes one of more than 700 active professional players who have seen the USL League Two pathway to pro model pay off in the form of opportunities in MLS, USL and abroad.

“USL League Two provides the highest level of training and competition for pre-professional soccer players in this country,” said Ray Selvadurai, Manhattan SC’s League Two Sporting Director. “The league schedule and our programming at Manhattan Soccer Club requires players to conduct themselves as professionals both on and off the field in their individual development and reaching their goals for team success. We look to continue the great work college coaches have been doing with their players during the summer months.”

As League Two prepares to kick off the 2021 season on May 5, the league promises to produce more impressive talent than ever. With 76 teams competing to raise the League Two trophy this year, the competition is at an all-time high. As the league develops as a whole, its clubs are constantly building connectivity between their youth development offerings and the First Team environment. As a result, USL League Two is seeing more movement than ever to the professional platforms and an enhanced pathway to the pros for elite pre-professional players, such as Hope-Gund.

"Rio's movement to the professional ranks at Orlando City and MLS is a testament to his hard work and dedication to improving his overall game and leadership skills that has fostered team success wherever he has played,” said Selvadurai. “Rio is a great role model for our youth players here at Manhattan Soccer Club. He is an outstanding person, student-athlete and is New York City born and bred! Manhattan Soccer Club is proud to have helped Rio on his professional pathway. Our youth players have a great example in Rio to "think big" and to follow your dreams of being a professional one day. Rio is a proven winner and deserves all his success.”